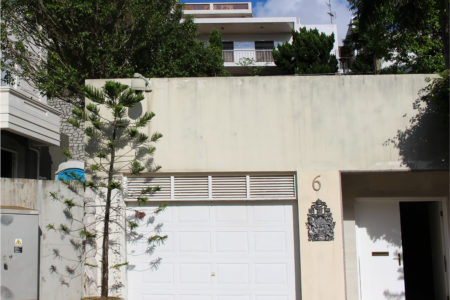 Fugitive Joseph Lau Luen-hung (劉鑾雄) has failed in his bid to buy the official residence, a magnificent house in Jardine’s Lookout, owned by the Consulate General of Canada. Instead, Pansy  Ho will be the likely resident.

Chinese Estates former chairman Joseph Lau Luen-hung (劉鑾雄), a fugitive who is on the run from Macau authorities over a high-profile bribery conviction, has failed in his bid to buy a villa owned by the Consulate General of Canada in Hong Kong.

The 5,809-square-foot house includes a 7,000-plus-square-foot garden. It was built in 1957. Due to the age of the structure, the property may be redeveloped to maximise plot ratio.

HK01.com reported the buyer was  a firm related to Shun Tak Holdings. Ms Pansy Catalina Ho Chiu-king of STM and Shun Tak Holdings, is believed to  be the intended resident. Ms Ho’s mother lives close by.

The house was a casualty of a Canadian government policy to sell off highly valuable properties around the globe. The Conservative government under Prime Minister Stephen Harper had sold off historic properties in  Dublin and Stockholm.  The newly elected government recently decided to keep an impressive official  residence in Rome, but Hong Kong was not to be saved.

The new residence of the incoming Consul General is an open question. Ian Burchett will be the last Consul General in a residence that has, over the past 10 years, seen scores of thousands of visitors and will be sorely missed by the Canadian community as a repository of visible Canadian culture and gathering point of pride for Canadians and their friends.