The information stored on many of Hong Kong data centres’ cloud computing may not be secure from breaches.

A recent judicial review case reveals that almost half the land in Hong Kong currently used by data centres may fail to meet the most fundamental security requirements for cloud computing, owing to the special lease conditions of the land situated in the industrial estates.

Since the 1970s, neighbouring economies, such as Taiwan, Singapore, South Korea, and China, industrialised and subsequently challenged Hong Kong’s manufacturing industry. The colonial government did what it could to incentivise factories to stay by offering heavily subsidised land in the industrial estates.

Nevertheless, the policy did not help cease profit-seeking capitalists from leaving. Fortunately, Hong Kong successfully transformed into a service-based economy, thanks to the upskilling of the workforce as a result of the massive expansion of secondary and post-secondary education.

In 2001, the industrial estates merged with the Hong Kong Science and Technology Park (HKSTP), a policy agent established for facilitating the development of innovation and high technology industries in Hong Kong.

Despite the collapse of the dot-com bubble, the emergence of the information economy has created new opportunities, such as data centres’ establishment of repurposed industrial buildings. The HKSTP also followed this strategy to convert the underutilised industrial estates in hubs for data centres.

Although it is a no-brainer to convert the land into uses of the highest value, factories and data centres are very different in nature. Data centres are more like vaults. Computer servers and network equipment hosted within often do not belong to the data centres. No one but designated employees of cloud-computing companies should have access to the space occupied. To ensure exclusive access, some cloud-computing companies install state-of-the-art security in the area they occupied.

Data centres located in private land have absolutely no issue with complying with even the most stringent requirements of the clients. However, unbeknownst to the end-users, it is a different arrangement for data centres situated in the industrial estates.

In a judicial review, brought by Sunevision against the HKSTP, the evidence submitted to the court shows the customers of the data centre, run by NTT Communications Asia Ltd (“NTT”) in the Tseung Kwan O Industrial Estate (“TKOIE”), affirm that they do not have exclusive use and occupation of space. Most importantly, customers have to acknowledge and agree to the NTT and HKSTP’s rights to enter into the premises, anytime they deem it necessary, for inspections.  Furthermore, NTT controls access rights to the premises, not the customers. Other data centre operators, like Global Switch and HKColo in TKOIE, have agreed to similar conditions with the HKSTP.

Almost half of the total land for data centres in Hong Kong is located in the industrial estates.  Customers of the data centres in TKOIE include leading international search and cloud-computing companies, as well as financial institutions. While these enterprises pledge that data is extremely safe in the clouds under their custody, interests and data privacy of the end-users are breached, as the terms and conditions of the leases require data centre operators and HKSTP to retain access and conduct regular inspections.

Rules for landlords, not secure data

The irreconcilable conflict arises given that the measures are in place to prevent the leasees from subletting, in whole or in part, the buildings occupied. The policy started as a flawed holdover from the 1970s. By leasing at lower-than-marketplace rates, the government created a strong incentive for those lucky enough to get a lease to sublet at market rates and pocket the difference. One unintended consequence demanded another response: a ban on subletting and the demand to inspect premises to enforce the ban.

From an economic point of view, the government should reconcile the problem and eliminate the inefficiency by ending the “one-market, two-systems”, which can be done by discontinuing the practice of leasing land below market price. Then it can also remove the incentive to sublet and the need for enforcement. Then the HKSTP and TKOIE can finally provide world-class leases providing international level security their clients have promised their customers. History shows as uncertainty and confusion are cleared, the market will correct and return to a more efficient equilibrium. 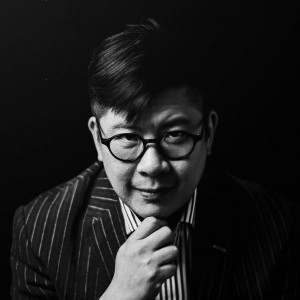