Architect of a democratic nation: Honouring the life of Lee Teng-hui, former President of Taiwan

The contributions of Taiwan’s first native-born president led to the nation’s successful transition to a democratic political system.

President Lee Teng-hui (李登輝), the first native-born leader of Taiwan, passed away July 30, 2020, at the age of 97. His legacy is an aggressively democratic political system that transitioned from authoritarian martial law with perhaps the least amount of violence of any significant nation. During a decade in which South Korea, the country with which Taiwan is most usefully compared, endured coups and civilian slaughter, he was one of the two principal architects of the most astonishingly peaceful transition in modern history. The other was his mentor, President Chiang Ching-kuo (蔣經國, CCK).

Lee was born in colonial Taiwan and learned Japanese along with his native Taiwanese. He was one of a handful of locally born students to be admitted to Kyoto Imperial University (by this time, Taiwan was an integral part of Japan’s Home Islands). After service in World War II, Lee remained in Taiwan and enrolled in National Taiwan University.

After Japan’s August 1945 surrender, Chiang Kai-shek’s (蔣介石, CKS) Nationalist Party ( 中國國民黨, Kuomintang, or KMT) government took Taiwan from Japan. Coincidentally, Korea was granted independence from its own colonial control. Lee became politically active during this time, reportedly becoming a member of the tiny Taiwanese Communist Party and perhaps participating in the February 28 (1947) “2-28” protests against harsh Nationalist government. That protest led to a wide-scale blood purge of Taiwanese intellectuals which he escaped.

Lee was one of the first Taiwanese students to be admitted to graduate school in the United States, completing a Masters Degree in agricultural economics at Iowa State University (1953), and later a PhD in the same discipline from Cornell University (1968). In between, he was part of the team that revolutionized post-war economic development through land reform, state-owned enterprise privatization, and export-oriented import substitution.

In the 1960s, as Chiang Kai-shek’s son, Chiang Ching-kuo, began to prepare to succeed his father, demands for political liberalization emerged. One response was to recruit KMT members from among the local population (Taiwan had long been considered a mere staging ground for the eventual recovery of the Chinese mainland). Lee was made a Minister Without Portfolio in 1971 and became well known for his highly successful agrarian policies.

In 1978, he was appointed mayor of Taipei, and 10 years later, Governor of Taiwan Province. CKS passed away in 1975, and after a suitable period of mourning, CCK became the undisputed leader of the island.

As governor, Lee created an important stepping stone to higher office, albeit one with limited real power. He was promoted to Vice President in 1984, just as CCK’s health was beginning to become a serious political concern. Chiang Ching-kuo died in January 1988, and after a brief confrontation with the mainland-born old guard, Lee Teng-hui became chairman of the party and president of the state.

Lee adroitly managed the ambitious mainlanders still holding high office, but also filled the ranks of party and government posts with locally born technocrats. It was the first time in history that Taiwan was both wholly unified and locally run. Competing politicians such as the ban-shan (“half mountain,” or Mainland-born-but-Taiwan-raised) James Soong Chu-yu (宋楚瑜) and Lien Chan (連戰) were able to help smooth the transition in the early years, before becoming serious contenders for Lee’s job.

Lee served as President until the end of his second term, in May 2000, and then retired. His 1996 reelection was the first time the island’s leader had been chosen by the people of Taiwan.

Although he carefully avoided antagonising China during his presidency, Lee was a quiet advocate of independence. When pressed on the issue of Taiwan’s official name being discarded in order to retain membership in the Asian Development Bank, he told a foreign journalist, “You can call me Harry (his long-abandon English given name), or you can call me Teng-hui. We both know who I am.”

Lee was expelled from the KMT for advocating Taiwan independence in September 2001. In 2007, he said in an interview that he did not support independence, but would be satisfied with amending the island’s formal name and its constitution.

Lee Teng-hui was an extraordinary statesman who adroitly managed the stated and unstated realities of one of the world’s most sensitive hotspots. He mastered domestic politics and the complex bilateral relationship with China, Most importantly, he co-authored his nation’s transformation into a genuine democracy. When his time came to leave office and prove Taiwan’s democracy was real, by allowing a peaceful change of government, he stepped aside with grace. Taiwan’s real democracy endures as his legacy for the 21st century. 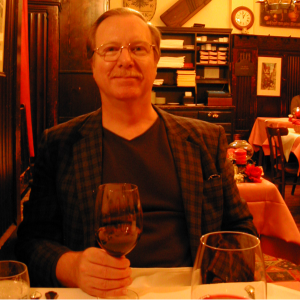