What promises have been made in the Chief Executive-elect’s manifesto, and can they truly help solve the city’s deep-seated problems? Harbour Times’ Carlos Escueta takes a deep dive.

With John Lee now officially confirmed to become Hong Kong’s next leader, it’s important to first step back and understand what the former Chief of Administration unveiled in his long-awaited election manifesto on 29 April, in which he vowed to “open a new chapter” for Hong Kong by leading with ‘result-oriented governance’.

While some were commendatory, arguing that the manifesto’s lack of transparency would allow Lee to gain more flexibility in modifying his policies to rapidly changing situations, critics noted it failed to provide much-needed reassurance to the public that there would be a breakaway from the past, with some calling certain elements “old wine in new bottles”, or “vague”.

Will Lee be able to deliver on the promises he made and help tackle the city’s deep-rooted problems? Here’s everything you need to know about each of the four broad tenets outlined in the Chief Executive-elect’s manifesto.

Lee stated his administration’s desire to tackle pressing livelihood issues in his first tenet, pledging to help ensure the implementation of a “sound governance system” that is “down-to-earth, efficient, and loyal” with him at the helm. On page 4 of his election manifesto, he highlighted his administration’s intention to “uphold the rule of law and govern in strict accordance with the law”, as well as to strengthen planning, coordination, and set up a clear direction for the development of Hong Kong.

Lee also made clear his intention to push for a government restructuring plan and enhance the relationship between the legislature and executive.

Prior to the release of his manifesto, the former No.2 official told reporters on 15 April that he was “inclined” to largely back government restructuring proposals by incumbent Chief Executive Carrie Lam’s administration, which include setting up a new culture, sports, and tourism bureau and converting the Home Affairs Bureau into a department for youth and district affairs, although the exact new structure is yet to be confirmed.

“On public governance, I’m inclined to accept and implement the current administration’s proposal for restructuring,” Lee outlined. “This is because the proposal was discussed and generally supported by the Legislative Council, and I was also involved in the work.”

Aside from the restructuring, Lee’s first tenet is comprised of four core policies: improving overall governance capabilities under the principle of “patriots administrating Hong Kong”, enhancing coordination and execution through an inclusive team culture, laying the foundation for stability by implementing Article 23 of the Basic Law, and solving problems together through strengthened government communication with district grassroots organisations.

For his second tenant, Lee noted that the issue of housing has long been of great concern amongst many Hongkongers, and vowed his administration would work to increase land and housing supply through the planning, construction, and provision of supporting facilities.

“The housing problem has been looming for over 20 years. We had numerous large debates and discussions on what to do, but I think it is time for this [upcoming] administration to implement [them],” Lee explained when asked about the city’s high property prices. “We can continue to deliberate, but we must act on our words, so my idea is to enhance the government’s capability of execution.”

To tackle the long-standing issue, Lee proposed exploring the feasibility of a new “Public Rental Housing Advance Allocation Scheme” on page 12 of his manifesto, which would effectively allow residents to move into new public housing estates earlier despite surrounding infrastructure not being fully ready. He said his administration would expedite land and housing development and shorten the waiting time for Public Rental Housing through efficiency and increased quantity.

In addition, Lee said he would review land and housing policies proposed by Chief Executive Carrie Lam, including the development of the Northern Metropolis plan that integrates Hong Kong with the mainland and the HK$624 billion Lantau Tomorrow Vision reclamation project, as indicated in detail on pages 16 and 24 of his manifesto.

He also announced plans to establish two groups that specifically deal with housing problems: the Task Force on Public Housing Projects and the Steering Committee on Land and Housing Supply, as well as a new scheme helping ease cross-generational poverty through a program involving 1,000 junior secondary students living in subdivided flats.

As outlined on page 19 of his manifesto, Lee’s third tenet sought to reassure that Hong Kong remains a “highly internationalised city across multiple sectors like finance, trade, legal, and other services”, saying it remains crucial the city maintains its status and image as a “pluralistic, inclusive, and open global metropolis” in the face of a “rapidly changing external environment”.

He also pledged to boost Hong Kong’s competitiveness and set a strong foundation for development, dismissing international concerns that a large number of residents have left the city and drained it of talent.

“COVID-19 will pass no matter what. It’s just a matter of time,” Lee said in a press briefing after revealing his manifesto. “In the long-term, it is how we make people realise the attractiveness and competitiveness and the beauty of Hong Kong as a place they should come to work, to live, and to develop.”

Lee did, however, acknowledge on 5 May that the city’s stringent social-distancing and quarantine measures during the fifth wave of COVID-19 have “caused inconvenience to the foreign business community in Hong Kong”, but that access to the city remains “important for both business development and overall competitiveness”. He pledged his administration would strive to help keep Hong Kong “international” to foreign businesses.

Furthermore, on pages 20 and 21 of the manifesto, Lee noted the need for Hong Kong to drive development through innovation, grow its economy, and seize opportunities brought forth by the Greater Bay Area region in order to align the city with the mainland and the rest of the world. He also reaffirmed the Central Government’s support for the city through its National 14th Five-Year Plan, a series of social and economic development initiatives issued by the Chinese Communist Party.

“These are the strengths that will not be replaced by any cities in China or any countries in the world,” Lee wrote of Hong Kong’s relationship with the mainland.

Lee’s fourth and final tenet, which aims to build a caring, inclusive society enhancing upward mobility for youth, highlights the well-being of Hongkongers as a key objective of social development. It places heavy focus on further enhancing the city’s education system to allow students to “broaden their skillsets and aptitudes”, as well as improving the social welfare system to help better cater to marginalised and underprivileged groups in society.

“In the five years ahead of us, the Hong Kong that I will build with you will be a Hong Kong that is caring, inclusive, diverse, and full of vibrancy and hope,” Lee noted during his final campaign rally on 6 May. “I will do one thing with Hong Kong people, and that is starting a new chapter for this city together.”

On page 32 of Lee’s manifesto, the Chief Executive-elect expressed the continued need for the healthcare system to draw upon the community’s resources in providing timely, convenient, affordable, and comprehensive services in order to care for the mental and physical well-being of citizens in the time of COVID-19, particularly the elderly. He added that the Hospital Authority must learn from the unprecedented experiences of the fifth wave by enhancing the rapid response protocol for public health emergencies.

While various aspects in Lee’s forward-looking election manifesto do leave the door open for a clean slate in Hong Kong, the next five years will still be by no means an easy road for the newly-appointed leader.

Following one of the most tumultuous periods of governance in Hong Kong’s recent history under Chief Executive Carrie Lam, Lee’s administration aims to implement policies that are decisive, broad-minded, inclusive, and ultimately within the best interests of Hongkongers from all walks of life. 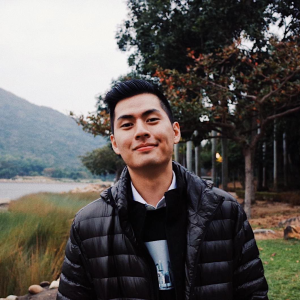